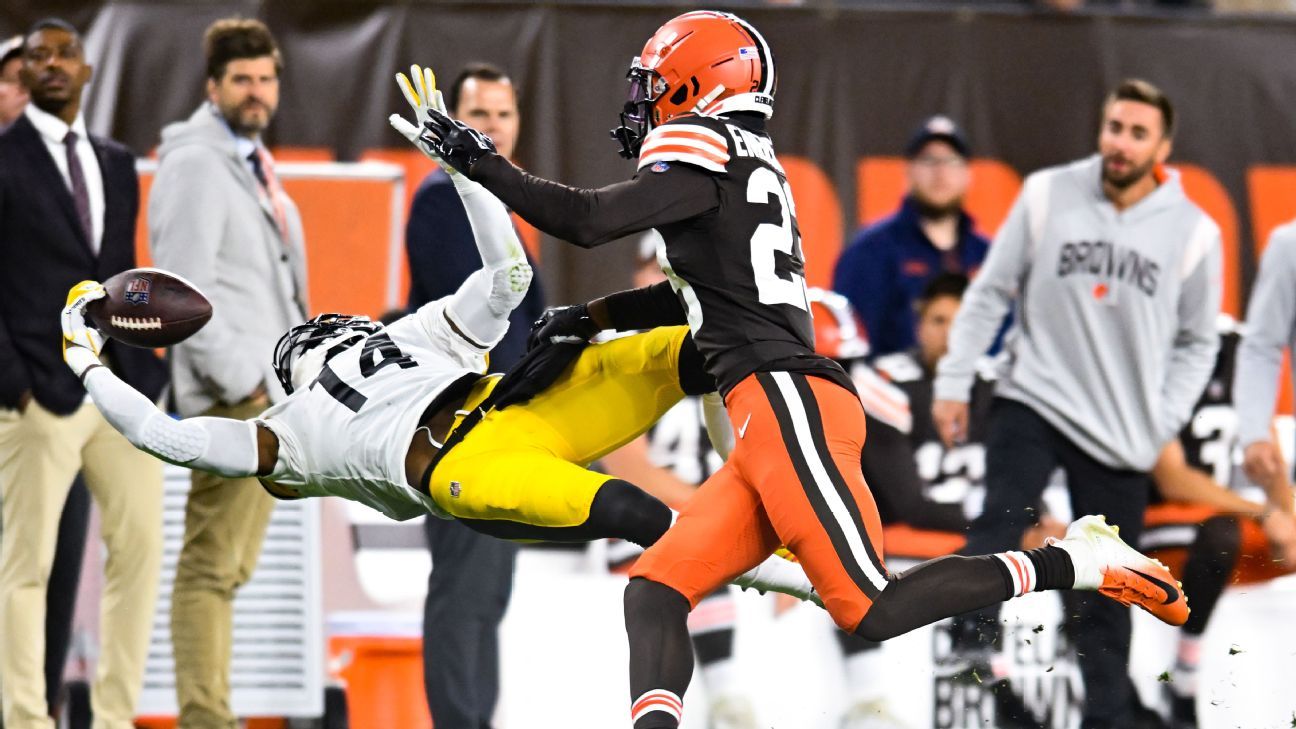 Pittsburgh Steelers wide receiver George Pickens might have made the catch of the year — and we’re only in Week 3.

The 21-year-old rookie made an amazing one-handed 36-yard reception in the first quarter against the Cleveland Browns on Thursday. Browns cornerback Martin Emerson Jr. played tough defense, but Pickens’ offensive effort was just that much better.

It was a much-needed jolt to the Steelers’ offense, as it was the team’s longest passing play of the season to date. Pickens’ catch led to a 5-yard touchdown run by running back Najee Harris to cap off the drive. Pickens said earlier in the week that he was open “99 percent of the time,” and, after watching that catch, it’s difficult to argue with him.

Pickens’ catch drew parallels to receiver Odell Beckham Jr.’s outstanding reception as a rookie receiver almost eight years ago. He made a one-handed grab while falling out of bounds — and being interfered with — against the Dallas Cowboys in Week 12 of the 2014 season.

OKAY ROOK WE SEE YOU 😳

THIS CATCH IS FILTHY

George Pickens is an ALIEN pic.twitter.com/OPTZVN8bUK

Finally they target Pickens! Need more of this!
pic.twitter.com/cTop9d2u92

This photo needs to be in the HOF pic.twitter.com/dufZfhGnGp